Just over 100 days into the new White House administration, what do we know about how employee benefit plans will be impacted by actions on Capitol Hill?

That was the question that American Benefits Council President Jim Klein answered Thursday with insights and predictions during the final keynote at the virtual Health & Benefits Leadership Conference.

“One of the byproducts of legislation gridlock is regulatory policy,” he said, referring to Democrats’ razor-thin majority in Congress as President Biden’s administration works to halt laws put into place by President Trump. That’s why Klein expects a “swinging of the pendulum,” using the usual executive orders and budget reconciliations bills, on regulations affecting the Affordable Care Act, health plans, the EEOC and many other areas. 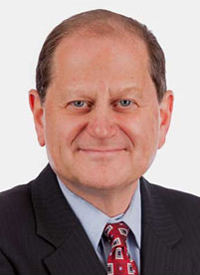 Specifically, Klein predicts that at least one more budget reconciliation bill, with a lot packed into it, will get passed this year, joining the $350 billion American Rescue Plan approved in March. One important dimension Klein sees in this and other forthcoming legislation is the interconnectedness of public policy and benefits.

For example, Biden’s $2 trillion infrastructure proposal, known as the American Jobs Plan, might include plans to finance many of those projects by loosening some of the fiduciary standards related to pension plan investments.

“We’ve already seen a signal of that with what the DOL is contemplating doing as it relates to environmental, social and governance regulatory activity,” he said.

Also, although the $1.8 trillion American Families Plan contains paid leave and healthcare provisions, it is being presented to the public as “a family, a human infrastructure” bill. Klein called this a reasonable but “very, very different” approach from what’s been done in the past with American infrastructure legislation.

Other legislative issues on 2021 agendas that sit at this connected spot between public policy and benefits include:

“In ways that we’ve never seen before employee benefits could pop up in all sorts of different committees in Congress than we have seen in the past,” he said.

But before Congress can turn its full attention to healthcare, Klein said, it faces a shadow over health policy in Washington: the forthcoming Supreme Court ruling on the constitutionality of the ACA.

A decision in the case—which questions whether the ACA’s individual mandate remains constitutional after Congress eliminated the financial penalty for non-compliance—could come any day, Klein said.

His hunch is that the court will affirm the appellate decision and send the case back to the lower courts to identify which parts will stand, but the employer implications, such as the future of the employer mandate or employer reporting, remain to be seen.

“There’s a lot that is at stake here, but in the meantime, figuring that it’s going to take a couple of years to work its way through the courts,” Klein said, “I think that Congress and the executive branch will proceed, recognizing this is hanging over them.”

Klein also called out some “mega-trends” in benefits that HR leaders should watch as legislators discuss them this year, including:

“All of these things are going to be measures, I think, and ideas that won’t necessarily make it over the finish line,” he said, “but will be part of the employee benefits public policy discussions in the coming months and years.”

All conference sessions will be available on-demand through June 11 and registration remains open. Click here to view this entire session.