The COVID-19 pandemic has forced many companies to accept widespread remote work. With well over a year of experience with this staffing model, companies are finding their fears of reduced productivity are largely unfounded. At the same time, employees have developed a taste for working from home, and many would prefer to do so permanently on a full-time basis. 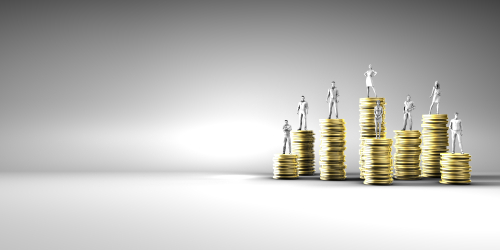 One benefit of full-time remote work shared by employers and employees alike is the ability for employees to work from virtually anywhere with a reliable internet connection.

This opens the possibility for employers in major cities to recruit staff from rural communities or from distant metro areas across the country or even on the other side of the world. For companies headquartered in expensive metropolitan areas like New York City, Seattle or San Francisco, the implication is that a typical salary necessary to attract local talent can translate to a significantly higher standard of living for someone living in a small town somewhere in Middle America.

But who should reap the benefits of the lower cost of living in those non-urban areas?

Cost of Living and the Impact on Pay

Many companies factor in the higher cost of living in their locale when setting salary ranges, so it stands to reason that they would feel justified in reducing or eliminating these cost-of-living increases for remote workers who don’t face a higher cost of living. At the same time, employees living in less-expensive regions may feel slighted or even discriminated against if they’re being paid less than their more urban colleagues performing the same work, simply because they live outside of a major metropolitan area.

Companies across the U.S. are split on how to handle this tricky question. Many companies have implemented various forms of location-based salaries with salaries set considering the cost of living in the employee’s physical location. At the same time, other organizations are choosing to not modify compensation based on geographic location.

“We are seeing a divide amongst companies,” writes Jack Kelly in an article for Forbes. “A few are paying people the same—no matter where they live—and others say they’ll change the compensation based upon the new residence. Location-based salaries and compensation are now being questioned and reevaluated, in light of the success of the massive work-from-home or work-from-anywhere trend.”

Kelly provides some big name examples to back up his claim: “A number of high-profile corporations, such as Reddit, the freewheeling community and comment-driven platform, and Zillow, the online real estate site, informed their employees that they could work wherever they’d like and earn the same amount of money—as if they were based in expensive cities, such as New York or San Francisco,” Kelly writes. “This trend may continue, as it’s reasonable to see other companies recognize this is a great way to attract and retain workers. Their policies challenge the long-held belief that where people live should determine what they earn.”

At the same time, there are also notable examples of organizations that are taking the opposite approach and paying employees less if they work outside of expensive metro areas.

According to Bloomberg, “employees who worked at VMware’s Palo Alto, California, headquarters and go to Denver, for example, must accept an 18% salary reduction. Leaving Silicon Valley for Los Angeles or San Diego means relinquishing 8% of their annual pay.” This isn’t necessarily a permanent pay cut, however, as VMware’s senior VP of human resources, Rich Lang, has said that those who relocate to a larger or more expensive city could get a raise associated with the relocation.

In an article for Yahoo Finance, Danielle Kaye writes that other major employers like Google, Facebook and Twitter are similarly cutting pay for staff living way from their expensive urban headquarters.

Kaye writes that Google stands out among companies paying remote workers less by providing some level of transparency on the math behind the salary adjustment, although the implementation has created some confusion and what impacted staff see as unfair or arbitrary results. She points to screenshots of Google’s salary calculator found by Reuters which show pay discrepancies based on location. For instance, two employees working for/from the New York City location would be paid a difference of 15% based on whether they lived in New York and worked on site, or lived in Stamford, Connecticut (about an hour away) and worked remotely. Cost of living is the differentiator in pay.

She also reports that: “Screenshots showed 5% and 10% differences in the Seattle, Boston and San Francisco areas. Interviews with Google employees indicate pay cuts as high as 25% for remote work if they left San Francisco for an almost as expensive area of the state such as Lake Tahoe.”

Making downward adjustments to employee salaries is always going to be a contentious issue, particularly when it’s not clear to the workforce if and how their paychecks will be impacted. While Google may be a bit of an anomaly in how it’s communicating these adjustments, it’s a sound practice for other companies to follow. Not providing this level of transparency is sure to make staff feel cheated or otherwise treated unfairly or arbitrarily.

One of the silver linings of the COVID-19 pandemic has been the widespread adoption of remote work as a viable and legitimate arrangement for most employees. Companies and workers are continuing to navigate the implications of these arrangements, including if and how the location of an employee’s home should impact their compensation.

Both employers and employees should expect and accept that compensation may be adjusted down for those living outside of costly metropolitan areas. The key is to frame the disparity between salaries for workers within costly metros and those outside of them in terms of cost-of-living bonuses for urban workers, as opposed to penalties for those in less-expensive metros and to be open and transparent about the rationale for doing so and the formula behind the associated policies.

It’s a contentious issue and one likely to remain under debate for some time. Where do you fall on the issue?

The post A Growing Debate: Pay Based on Where You Live or What You Do? appeared first on HR Daily Advisor.