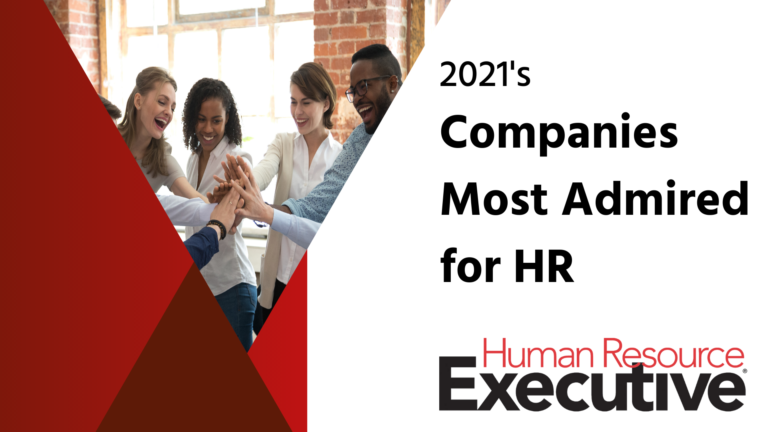 A new company from a new industry has claimed the top spot this year as the company Most Admired for HR.

The Walt Disney Co., which was No. 1 last year, dropped to No. 8, two spots ahead of Netflix, the other entertainment company in the Top 10. Both fell seven spots, while Apple held steady at No. 2.

Listed in the category of general merchandisers, Target rejoins the list after a one-year hiatus due to insufficient information from the category. In the same category—and also rejoining the list this year—were Costco Wholesale at No. 21 and Walmart at No. 44.

The shake-up in the rankings this year likely reflects economic shifts that took place over the first nearly full year of the COVID-19 pandemic, says Mark Royal, senior director at Korn Ferry, which teams up with Fortune each year to determine the World’s Most Admired Companies, on which the Most Admired for HR listings are based.

Los Angeles-based management-consulting firm Korn Ferry launches the process when it teams with Fortune to determine the World’s Most Admired Companies, U.S. companies ranked by revenue—and non-U.S. companies in Fortune’s Global 500 database with revenues of $10 billion or more. They then select the highest-revenue companies in each industry, surveying a total of 670 companies from 30 countries. To create the 52 industry lists, Korn Ferry asks executives, directors and analysts to rate companies in their own industries on nine criteria, from investment value to social responsibility. To arrive at HRE’s Most Admired for HR rankings, Korn Ferry recalibrates the Fortune attribute scores, isolating four criteria that relate to HR—management quality, product/service quality, innovation and people management.

To see the results, please continue.