Over the past six years, Andrew Saidy has been able to touch a range of HR processes and policies at Schneider Electric—a global energy management and industrial automation organization that supports roughly 135,000 employees in more than 100 countries, including 25,000 in the U.S.—as he has moved upwards through six leadership positions. 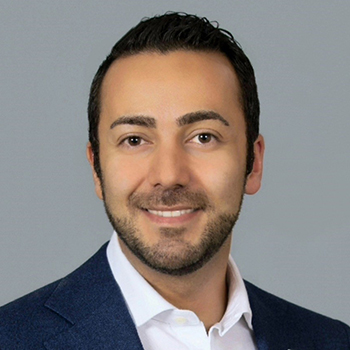 While his primary challenge is soliciting buy-in and funding for innovative ideas from both the company’s senior leaders and large teams, he says, he is most proud of achieving two goals. First is Schneider Electric’s new digital capabilities that streamline work tasks, create flexible workplaces and enhance engagement and productivity. He also helped develop “Step Up,” a now five-year-old global recognition program that has produced more than 500,000 employee recognition moments.

“HR professionals can’t always put something in place that touches every employee in the organization,” Saidy says. “Our employees were telling us they needed more thank-yous. This is a positive program, and we were able to move the needle in terms of making recognition and gratitude part of our culture.”

Nearly two years ago, he also helped launch the company’s open talent market, an innovative, digitally disruptive platform for employees interested in exploring full-time jobs, part-time projects or other career-development opportunities at Schneider. Approximately 38% of the company’s employees have registered on the platform; however, he says, many more are expected to do so when the platform becomes multi-lingual. Because the employee population is globally dispersed, the platform, which now “speaks” English and French, will also be translated into Spanish and Mandarin.

While Saidy continuously improves his digital workplace, he also seeks ways to improve himself.

“I have seen ideas fail when we have tried to move too fast or not a give an idea the time needed to fully see it through,” he says, adding that he is very results-oriented. “In the past, it was more about speed versus making sure everyone was on board. I have since changed my own internal process. Now, if something needs more time, like a coalition needs to be formed to help push a project through, I give it more time.”

Throughout his career, Saidy has experienced firsthand different parts of the HR world.

For instance, he honed his executive-coaching skills while employed at Baker Hughes, a global industrial and oil field services company. Between 2012 and 2014, he served as a business and management coach, where he coached company executives on everything from public speaking and project management to delivering 360 feedback.

That exposure to coaching now helps him informally coach Schneider executives to develop more self-awareness, enhance their own skills and build the capabilities of their teams.

“I’ve been fortunate to have had the opportunity to experience HR digital transformations, talent acquisition and management, learning and development, executive coaching, HR business partnering and HR project management,” he says. “Looking forward, one of the areas that I’d like to pursue and gain greater experience in is around HR strategy, especially focusing on mergers and acquisitions.”

Another area he’s involved in is supporting business partners to leverage digital tools in challenging or uncertain times. In his current role, he also helped develop robust, flexible-working arrangements and workplace initiatives that focus on new ways of working, which are now part of the company’s business-continuity and contingency plans.

Over the past several years, he says, some employees started working from home several days a week, which recently has been extended to five days a weeks for many workers. The myriad technologies now available for organizations and their workforces have made remote work and managing remote workers possible, he notes.

“There was already a trend happening toward remote work,” Saidy says, anticipating that focus will continue to grow. “Some companies want to spend less time on workspace or office planning. In the executive plans they put into place, there will be less real estate and more digital, integrated and interoperable technologies permeating the HR space.”

The end result will not only produce efficiency and productivity gains for the broader organization but will also build a bigger digital workforce capable of designing and implementing HR’s and the company’s agenda. Likewise, he says, HR business partners will also assume the role of digital transformation business partners around everything that touches or impacts employees.

Despite a varied career in HR, Saidy says his “passion remains in HR operations, where I believe I can have the biggest impact on employee lives.”