Thanks to a new push from scores of employers around the country, American workers this year have more opportunity to get involved in the election process.

Election Day is not a national holiday, though some states provide some form of voting leave. But this year there has been a sharp increase in the number of employers offering employees paid time off to vote as well as to volunteer to help get people registered to vote, staff polling locations and more. About 52% of HR professionals report their organization will offer paid time off to vote, according to the Society for Human Resource Management.

“There’s greater activity this election year for a number of reasons, including that it may take much longer to vote due to the social distancing requirements of COVID-19 and an increase in civic engagement from organizations,” says Cheryl Larson, president and CEO of the Midwest Business Group on Health. “I think that anything that encourages more people to do their civic duty and take a more active role in deciding who represents our country is a good thing.”

Companies like Blue Apron, Cisco, Coca-Cola and Twitter made Election Day a holiday and are giving workers the entire day off to vote. Many other companies, like Old Navy, Target and Verizon, are giving employees at least some time in the day to vote.

Verizon is one of the more than 1,850 companies that pledged to give employees at least a few hours off to vote through Time to Vote, a business-led, nonpartisan coalition that aims to increase voter participation in the U.S. elections. It was launched in 2018 by Patagonia, PayPal and Levi Strauss & Co.

“The need has never been greater for businesses to provide their employees dedicated time off to vote.” Dan Schulman

Dan Schulman, president and CEO of PayPal, says business leaders have a responsibility to “step up and do what’s needed to ensure all of their employees will have the opportunity to have their voices heard.”

“The need has never been greater for businesses to provide their employees dedicated time off to vote,” he says. “No American should have to choose between earning a paycheck and voting.”

The sentiment of civic responsibility is echoed by other employers this year.

Dave Boennighausen, CEO of Noodles & Co., which is offering workers one hour of paid time off to cast their ballot, says “voting is a right and a privilege.”

“Voting is more than just a means to electing a candidate; it’s about supporting policies and initiatives that are important to you, as well as choosing the right people to represent you and your interests,” he says. “We are pleased to offer these resources in time for our team members to register to vote nationwide in the upcoming election.”

Jackie Reinbergis, senior director of absence, disability management and life at consulting firm Willis Towers Watson, says more employer involvement is a “strong positive” and speaks to a company’s commitment to enable employees to have their voice heard and counted.

“Given these uncertain times with the pandemic, civil unrest and disparate points of view on a wide array of relevant topics to the American people, the rally cry to vote could not be more important,” she says. “The desire to attain and take steps towards equity and equality in the workplace has created a sharpened focus to encourage voting. Providing flexibility and/or paid time to vote serves to remove barriers to the voting process, thereby empowering people to vote and impact change.”

Other employers are going further in their efforts to get employees involved on Election Day. 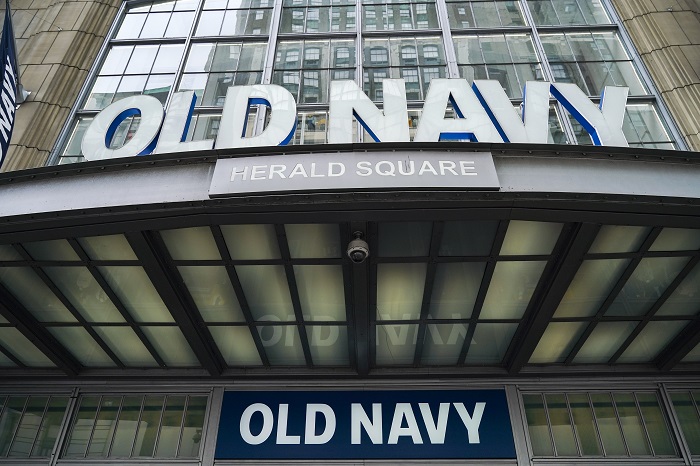 Old Navy, for instance, is paying workers who serve as poll workers on Tuesday. The retailer, which has more than 50,000 U.S. workers, is giving store workers a full day of pay in return for serving as poll workers, regardless if they are scheduled to work on Election Day. The employer says the unique move is a way to encourage workers to apply to serve in their communities and give them the means to do so.

“Every voice in this country matters and deserves to be heard at the polls, and if we at Old Navy can be even a small part of making that process more accessible to the communities we call home, we are on board,” Nancy Green, president and CEO of Old Navy, said in a statement.

Related: How Old Navy is getting workers involved in the election

Gap, the parent company of Old Navy, is partnering with Civic Alliance and Power the Polls on the effort. The groups are trying to find an additional 250,000 poll workers in an attempt to keep polling locations “open and operating efficiently across the country.” Additionally, store employees will be offered up to three hours of paid time off on Election Day to vote.

Starbucks last month also announced it’s giving employees a unique Election Day perk: free transportation to the polls. The coffee giant is providing all U.S. employees with a free one-way Lyft ride (up to $75) to the polls to vote, volunteer as a poll worker or drop off a ballot at a post office, ballot box or other official ballot drop location.

Although the pandemic and civil unrest have been catalysts in more employers making progress on election-related perks, industry insiders expect the trend of offering paid time off to vote—and other related benefits—to continue.

“We expect that more states will adopt a level of flexibility to provide time to vote even if they do not legislate the time be paid. We also anticipate the number of employers will continue to grow that provide their workforce the opportunity to vote without any retribution for missed time,” Reinberg says. “Whether employers provide a few hours or a holiday, we believe acknowledging an individual’s civic duty to vote for the greater good is here to stay. At least we hope so.”