An MBA, Harvard law degree and time as an investment banker, Wall Street exec and nonprofit director—it’s not the typical pathway for a diversity, equity and inclusion leader, but it’s one that Charlene Jackson says has provided a well-rounded journey rife with opportunities for critical thinking.

Now, as global chief diversity, equity and inclusion officer at Iron Mountain—an information-management company with about 24,000 employees worldwide, which she joined in the spring of 2021—those skills are being used to help enhance the organization’s approach to DE&I and cement it as a cornerstone of the business strategy. It’s work that she’s been involved in, in some capacity, for more than two decades, since her days advocating for more formalized inclusion efforts—which she ultimately helmed—in the early 1990s at Wall Street firm Salomon Brothers. She deepened her DE&I and HR experience at Enron and went on to launch a successful nearly 20-year career as an executive consultant for minority- and women-owned businesses.

Related: Why ‘culture through Zoom’ wasn’t a barrier for Iron Mountain

Jackson recently spoke with HRE about her diverse career journey and how it has prepared her to think outside the box to make DE&I work sustainable.

HRE: You spent nearly 20 years in business for yourself as an executive consultant. Why make the move back to the corporate world?

Jackson: I felt I could reach a different group of people. I went back to the corporate world—really, the nonprofit world—and spent time with Girls, Inc., which is an organization that inspires girls to be strong, smart and bold. It serves 150,000 girls a year, and 100% of them are from under-resourced areas, and about 80% are Black and brown girls. It was different from what I was doing but still in the same realm; I’ve always wanted to give back. This was an opportunity to learn something new as well as to help be a role model for these girls.

HRE: Your career started in investment banking and now you’re heading DE&I—what would you tell your younger self about navigating that journey?

Jackson: If I really think about it, I’m not sure I would tell myself to do anything differently. While things didn’t turn out like I expected when I got into investment banking, it turned out pretty well. I had gone to business school and law school but I realized [during] my first semester of my first year of law school I didn’t want to practice—but I wasn’t going to quit. So, I thought I’d go into investment banking and I got into a bank I really enjoyed but I noticed that we had no people of color. I went to the CEO and said, “I think we need to understand that we need to be hiring more women and people of color” and things like that, and he came back to me a couple weeks later and said, “I thought about this and you’re right. And I want you to do it.” Well, my intent wasn’t to do it! But I negotiated a bit and I ended up reporting directly to him and really thought about how we could make this change. It was a lot about culture—not, “Let’s just hire more people,” but how do we keep the people we have? We hired a culture anthropologist and did a lot of very successful things. Making that shift allowed me to become the first African-American female to become partner at the organization and at any of the bulge bracket firms on Wall Street. So, it didn’t turn out too badly.

See also: How to create a workplace that works for women

HRE: You have advocated for DE&I to be embedded into company culture for true culture transformation. How are you seeking to do that at Iron Mountain? 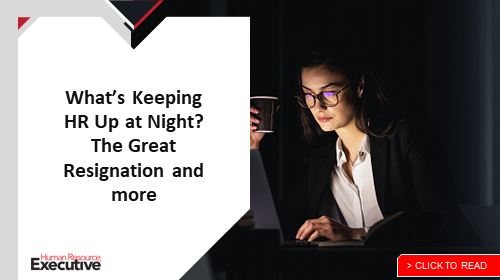 Jackson: It’s not very different than what I did then [at the investment bank]. First, my goal is always how we can make the organization successful. I tell our people that, if our organization is not successful, none of this [DE&I work] makes any sense. The second thing is how we can create an organization where everybody is valued. We’re trying to bring in different perspectives, different insights, different experiences so we can be as innovative as we can and better serve our customers. But we still have to make sure that, for example, Charlene isn’t afraid to raise her hand and give an idea and know that that idea will be accepted—that doesn’t mean it’ll always be put in place, but I should feel like I can raise my hand. We have to all work together for the common good of the organization. So, it’s great to have [DE&I] events, but that doesn’t really create change within the organization. I’m focused now on those things that are more long-term. At Iron Mountain, 950 of the Fortune 1000 are our clients; that’s just top of mind. We talk about it without even thinking about it. I want us to talk about belonging and inclusion in the same way. It’s a mindset.

HRE: What role do you think DE&I commitment is playing in the efforts to retain top talent in today’s challenging market?

Jackson: The things we’re doing are about retaining talent as well as attracting new talent. I meet with the CEO—but I report to the CHRO—at least monthly for a one-on-one and meet one-on-one with the executive team individually and collectively monthly to try to help people understand [the role of DE&I in the organization]. While representation is important, especially today with the Great Resignation, if you have a revolving door, that work hasn’t bought you anything; it’s just wasted money. You have to do the things that make people want to stay. We just had a panel discussion with young interns talking about what would they require to work at Iron Mountain or any organization and their No. 1 answer was diversity.

HRE: The position of chief DE&I officer is fairly new at many companies. What direction do you think this role will develop toward in the coming years?

Jackson: I’ll be very honest: The jury is still out. I did this work almost 20 years ago and didn’t use the title of “diversity officer”; we called the initiative Investment in our People, and I was the head of Workforce Strategy and Development. Over the course of my 20-plus years, people’s interest in diversity comes and goes. But there’s been enough interest lately, especially with the younger generation looking to operate in a diverse environment—it’s almost second-hat to them—that I think the diversity officer position will stick around. What will have to happen is that this role needs to be working with HR and the business units. It can’t just be about “Let’s just bring more [diverse] people in”; we have to understand how the business is running and how this [DE&I work] is going to be helping that.

HRE: You hold a law degree from Harvard. How does that aspect of your education influence your work?

Jackson: I decided early on I wasn’t going to practice law but fortunately—and unfortunately—I received an offer my first year that, as long as I graduated, I would have a job. So, I spent a summer in a law firm and the next summer at an investment bank. I tell people all the time, when they ask if I would go to law school again, that the critical thinking and skills I learned from going through law school and becoming a lawyer are very, very important as I have gone through life. It’s obviously important [as a DE&I leader] to understand the commercial side but [a legal background] also allows me to be cognizant of areas where someone might say, “OK, I think this is discriminatory.” It allows me to be more objective. Being a lawyer has been helpful—though I’m glad I’m not practicing!

HRE: I imagine that working in the DE&I space can be emotionally challenging at times. How do you personally stay motivated to do this work? 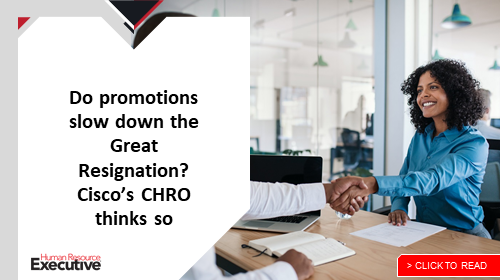 Jackson: It can be exhausting. We did a global summit after I was here about five months and had gotten the strategy together and we live-streamed it to 66 countries we operate in. I told the executives this [DE&I work] is not something easy to do; you have to be bold, courageous and have patience. It can take a long time; trying to change behavior doesn’t happen easily. It might be one person at a time. But I tell people, “Don’t call people out, call people in.” Understand why someone made a particular comment. That keeps me motivated. When we get a little win, it can go a long way.

I hadn’t been here all that long but I talked to a lot of people globally who said things like, “Oh my God, you’re making such a difference. Hang in there. Don’t give up. We need you.” The CEO said we’re creating a movement here, and each of those wins keeps me motivated.

HRE: What are you passionate about outside of work?

Jackson: I am an avid tennis observer. The Grand Slams are all on my bucket list—I’ve done some—but I don’t play at all, just watch! I’m a big sports fan and like to get out and walk or ride my bike every day. I read but not nearly as much as I used to before I went to law school—I read a lot of boring books in school! I’m also very passionate about giving back, whether through my church or, even though I left Girls Inc., there are still several affiliates I stay in touch with and help and support.

The post How this leader is banking on inclusion for success at Iron Mountain appeared first on HR Executive.