The COVID-19 pandemic has permanently altered the employment landscape, including work-from-home and telework arrangements. Although some employers had relaxed workplace “face time” requirements before the pandemic, this has become and remains more prevalent in the last two years, especially in California where commutes can be long. Cities and localities also have considered whether more flexibility in the workplace should be expanded and enforced by government mandates for particular employees. Although attempts have been made at different levels of government, San Francisco was the first city in the country to approve a “right to request” ordinance.

In July, the city expanded its Family Friendly Workplace Ordinance to guarantee flexible or predictable work arrangements for employees with qualifying caregiver responsibilities upon notice by the employee, unless the employer can demonstrate undue hardship. When San Francisco first enacted the ordinance in 2014, giving covered employees the right to request alternative work arrangements to assist with caregiving responsibilities, it did not entitle employees to a specific response to their requests. Under the newly amended ordinance, any employer with 20 or more employees working in or teleworking out of San Francisco must grant covered employees a flexible or predictable working arrangement upon request—absent undue hardship—to assist with caregiving duties at home. Thus, in contrast to the previous ordinance, the new amendment grants employees the right to a flexible or predictable working arrangement in order to accommodate caregiving responsibilities. The amendment also broadens the scope of covered employees by including teleworkers and expanding the definition of “caregiving.”

In amending the ordinance, San Francisco said it sought to keep up with the changing demographics of the nation’s workforce and family structures along with addressing the strains on family caregivers caused by the pandemic. The amendment cites the large increases in the number of women working outside the home and single-parent households as motivators for the legislation. As such, the sponsors of the ordinance noted that they seek to lessen the extent that so-called “rigid” employment schedules and the absence of telecommuting options for employees contribute to “the tension between work and family responsibilities that so many workers face.” The city also has said the amendment was enacted in part due to the COVID-19 pandemic’s “great strains on caregivers in families.” The amendment’s authors also noted that “[f]or employees working in positions where remote work is simply not possible, the ability to request flexibility or predictability may be especially critical.”

As work from home continues to be accepted and employee expectations change post-pandemic, U.S. cities, counties and other government bodies will be more likely to consider legislation similar to the approach taken by the amended San Francisco ordinance and other “right to request” laws. In recent years, “right to request” legislation has been gaining ground abroad but had only made modest progress in the United States. The United Kingdom, Australia, Northern Ireland, Finland, Norway and New Zealand have put in place workplace laws that include granting parent or caregiver workers the right to request flexible working arrangements, similar to the San Francisco ordinance. 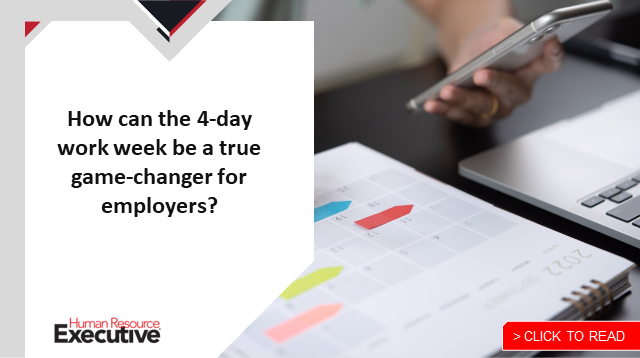 “Right to request” legislation also has been introduced (but not passed) in Congress by former U.S. senators Ted Kennedy, Hillary Clinton and Barack Obama, and, as president, Obama extended the right to request flexibility to federal employees in 2014. Similar legislation was proposed as recently as May 2021 with the Flexibility for Working Families Act, which contained provisions granting workers the right to request changes to the number of hours they are required to work and where they are required to work. Although these federal laws have not been passed, employment trends often start in California and spread to the rest of the country, and a number of states are likely to follow California’s lead in the coming months or years.

In light of this, San Francisco’s mandate will create challenges for employers there, as well as for employers outside California, increasing pressure on them to allow flexible arrangements in competition with other companies offering flexibility in scheduling. In a tight labor market, flexibility has become a selling point for recruiting top talent, and employers competing with companies based in San Francisco may feel pressure to implement their own flexible working policies to compete with those mandated by the city on San Francisco employers. Many covered employers also will face greater challenges maintaining their operations under the new law due to increased costs and staffing issues that could drive up the costs of products and services, making it more difficult for San Francisco employers to compete in the marketplace. With labor shortages, the demand for flexibility may make it even harder for some employers to fill positions and keep staffing at needed levels to effectively operate.

There is no doubt the pandemic has ushered in many changes to the workplace, not least of which is the desire for more flexibility for employees. As flexible workplace arrangements gain traction and more states and localities look to follow San Francisco into this frontier, employers may wish to evaluate the feasibility of adding additional flexibility for employees in their workplace. Employees are demanding it and, soon, their city or state may require it too.